What is Navision ERP

Navision is the original ERP system for Microsoft Dynamics NAV.  More specifically, “Navision” was the name of a Danish accounting package that was founded in 1983 in which Microsoft acquired in 2002.  Microsoft has 4 business management systems that are part of a category of “Enterprise Resource Planning” systems or ERP that are designed to connect many different business units under one system.  Microsoft “Navision” has had several name changes over time including “Navision Financials”, “Navision Solutions”, “Navision Attain”, and “Microsoft Business Solutions”.  In 2005, Microsoft re-branded this ERP product and called it “Microsoft Dynamics NAV”.  People call this system “NAV” as it one word, however, the correct terminology is spelling out the words “N, A, V”.  Frequently, users today, still call it “Navision”, though.

Enterprise Software, like Microsoft Dynamics NAV, are designed to handle the complex interworking of a company’s 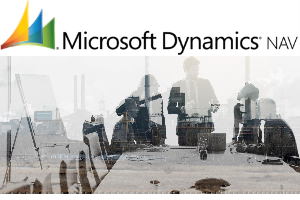 financials, inventory, warehousing, sales, purchases, manufacturing, ect. under one system to streamline supply chain operations and get a much better idea of trends and business data through advanced detailed reporting.

Through its history, Dynamics NAV, has been released with many editions to help gain access to this vital business intelligence and to make it both easy-to-use and customizable to adapt to an organizations unique business needs.

Improvements have been made to NAV along the following areas just discussed:

Business Intelligence:  By utilizing a robust data base, such as Microsoft SQL reporting service, business data can be generated and shared for analysis across the enterprise.

User Interface:  A “RoleTailored” User interface was introduced in 2008 to increase productivity by having employees log onto their user interface screens that corresponds with their work title to access task that are most relevant to their position.  There are 21 “out-of-the” box roles such as Accounting Manager, Bookkeeper, IT Manager, Machine Operator, President, Purchasing Manager and Sales Manager to give some examples.  All of these RoleTailored Client or RTC roles are customizable and new roles can be added in addition.

Customization:  Also in 2008, part of the RoleTailored Client user interface design was part of a new ERP architecture called the Three-Tier Graphical User Interface or “GUI”. In this configuration, the data resides in the SQL data base (called the Data Tier), and the top tier accounts for the RTC User Interface called the Client Tier.  The middle tier, is called just that or sometimes the Server Tier.  This Middle Tier is a multi-tiered environment that is designed to host and execute all the business logic and makes a significant departure from the previous 2-tier ERP architecture. Having this additional layer makes NAV more scalable and customizable with the addition of NAV’s Web Services which makes it easy for other programs and systems to Integrate.

Microsoft Dynamics NAV continues to be updated and released on a more frequently basic.  The lastest version, called Dynamics NAV 2016, has improvements in financial management, document management, enhanced business insights, expanded cloud connectivity with other cloud-based services, plus integration with other Microsoft applications such as CRM, Office 365, and Mobile Technology.

This website uses cookies to improve your experience while you navigate through the website. Out of these cookies, the cookies that are categorized as necessary are stored on your browser as they are essential for the working of basic functionalities of the website. We also use third-party cookies that help us analyze and understand how you use this website. These cookies will be stored in your browser only with your consent. You also have the option to opt-out of these cookies. But opting out of some of these cookies may have an effect on your browsing experience.
Necessary Always Enabled
Necessary cookies are absolutely essential for the website to function properly. This category only includes cookies that ensures basic functionalities and security features of the website. These cookies do not store any personal information.
Non-necessary
Any cookies that may not be particularly necessary for the website to function and is used specifically to collect user personal data via analytics, ads, other embedded contents are termed as non-necessary cookies. It is mandatory to procure user consent prior to running these cookies on your website.
SAVE & ACCEPT
Go to Top